Social anxieties are different from introversion or from being shy, and they’re far from imaginary. When an anxiety disorder is triggered acutely–socially or otherwise–the human body’s sympathetic nervous system experiences a sharp, physiologically measurable stimulation. What does that mean? It means that when someone’s anxiety triggers, they feel an actual fight or flight response. For those of us with social anxieties, when we meet new people or we precipitate an awkward moment in conversation, we are quite literally experiencing the same feelings that most people do when they’re fighting for their lives.  We sweat, our heart rates increase, we feel tingling in our extremities, our pupils constrict…and in many cases, the symptoms can be far more dramatic and debilitating.

Want some perspective? I’ve worked for over ten years as a paramedic, both on the ambulance in the USA and in overseas conflict areas including Afghanistan and the Ukraine (as a civilian). I’m no stranger to tension, but the single biggest adrenaline rush I’ve ever experienced at work was when I accidentally introduced myself to someone that I had just introduced myself to an hour earlier. He gave me a funny look, and said “Nice to meet you again Mike. I’m still Jan.”. That was it.

I’m lucky enough that my anxieties are rather mild. I’ve never had a panic attack, I’ve never needed medication, and I’m mostly able to bull through my symptoms and play them off as my just being a weird dude (which I suppose I am). While I’ll never pretend to genuinely know what it’s like to have a deeper anxiety disorder, I have been with many patients that suffer from them, and several people in my life are affected by mental illness as well.

There are plenty of excellent resources (and a million billion Buzzfeed gif galleries) out there to help you better understand anxiety in general…but how about some do’s and don’ts specifically geared towards making your table friendly for newcomers with social anxiety?

1) Give us time to warm up to the crowd

It’s easy to mistake anxiety for introversion because they appear quite similar (and because they often go hand-in-hand). We’re quiet in new company, and we don’t make a lot of eye contact.

This is because, with social anxiety, engaging a new group requires us to gather up our willpower and push through–something I personally equate exactly to jumping off of a cliff to water below. Even if I know it’s safe, I still have to muster my courage to actually take that leap.

This takes some people longer than others, but what’s important is that you let us jump in our own time. If you turn the spotlight on us and try and force us into prolonged conversation before we’re prepared, it’s like giving us a little shove as we’re at the edge of that cliff. If you’ve never had that happen to you, trust me–there’s nothing pleasant about it.

Don’t worry.  Once we ease in, we’ll relax and actually be able to behave like ourselves. Just sit back, crack open a Pepsi-cola, and we’ll be with you shortly.

2) Invite us to the table

Meeting new people is one of my personal biggest anxiety triggers. My hands, face, back, and even the top of my head break out in sweat. This feeling often stops me cold in my tracks if I’m looking to join in a game, even if I know it’s totally ridiculous.  I’ve actually shown up to community gaming events with a bag full of games I’m dying to play, then ended up leaving twenty minutes later with my shirt almost completely soaked through.

Aside from just being a social butterfly and recruiting everyone under the sun, how can you help?  Learn how to spot us.  It’s easy to recognize socially anxious people. We’re generally alone or in a small group, and we are going to be trying to look very hard like we’re super-engrossed with something. My personal favorites are acting like I’m in a very intense text conversation and acting like I’m very interested in things hanging on the walls. If you see me reading a poster, that’s basically the Bat Signal: come and get me.

3) Use the game itself as a social buffer

Like I mentioned earlier, forced attempts to break through our perceived introversion might actually make things worse. However, I personally love it when someone forces interaction on me in the context of a board game. Try to ask me what I do for a living and where I’m from, and I’ll clam right up. Try and engage me with a trade of brick for sheep, and you just became my best friend in all of Catan.

Don’t worry about keeping things nice, either. Feel free to get mean! You don’t have to handle me like I’m your grandmother’s china just because my body chemistry is weird sometimes (more on that later). If you talk some trash and come at me in the game, that’s every bit as good a social buffer as inviting me into a peaceful alliance.

I don’t know if this works the same for individuals with deeper anxiety problems, or for anyone at all really, but using the game as a social buffer makes it significantly easier for me to acclimate to the group…usually.  For example, I can handle Dead of Winter because I feel like my interactions are filtered through the game’s narrative, and I’m protected by that.  In games like Are You A Werewolf, I feel like I’m interacting as my actual self, which in turn makes me want to interact as little as possible.

In the tabletop community, most of us are pretty weird cats to begin with. Let’s be real, our flagship website is called “boardgamegeek.” As much potential board games have to bring people together from all walks of life, a majority of us are nerds at heart.

Show it! No need to be worry what we’ll think of you or your group when you interact with each other at your normal dynamic. This doesn’t mean you should list off your geek cred to us like it’s a speed-dating event at a Star Trek convention, but watching your group interact naturally will help us more than you’d think. Every bad joke that flops helps us echo-locate how weird we can be without risking being forever exiled to the hinterlands.

If you happen to know that we suffer from social anxiety, do us a favor and don’t make a big deal of it.  This isn’t to say you shouldn’t be considerate.  Many people with anxiety have very specific triggers–especially suddenly being the center of attention–and being aware of those triggers and taking steps to avoid them can be a godsend.  However, this doesn’t mean we’re asking for a spirit guide.

The take away here is that the anxiety and the person are two completely different entities.  Treating an anxious person like a timid person is ignoring the fact that he or she has no control over the anxiety.  If you tell us that there’s nothing to be afraid of, or try to convince us we should be at ease, you’re not breaking any news.  In most cases, we’re perfectly aware that there’s no concrete reason to feel anxious.

This cavalier approach to our anxiety, as though it can be verbally addressed and resolved, actually only makes us worse.  When you try to reassure us that we have nothing to worry about, it only draws attention to the fact that we’re socially anxious…which will almost invariably trigger our symptoms.  We’re usually not big on having attention drawn to us in an unasked-for way.

Unfortunately, you’re stuck with it as much as we are…at least, until we (eventually) loosen up.

To put it in terms that the Internet will understand, just treat us like (slightly feral) cats.  Don’t get too smoochy poochy with us, don’t make any fast movements.  Just be calm, collected, and welcoming.  Be considerate, and we’ll take care of the rest.

So, how about game selection?  These will likely be different for everyone, but I can tell you which games that are the best and worst for my specific anxiety triggers.  Maybe they’ll be the same for you? 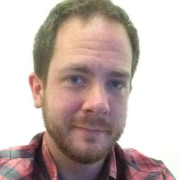