Tis the season to spend a bunch of money on board games, falalalala, lalalala. So you’re at that point, it’s less than two weeks before Christmas, and you’re still not done with your shopping. Maybe you’ve bought all of your gifts, but oh, the stockings! You forgot the stockings! Whatever the state of your Christmas shopping is right now, board games are a great avenue for good stocking stuffer gifts. If you’ve been wanting some board game stocking stuffers, look no further.

The first and most obvious suggestion is small games. These are all over the place in the board gaming world, so you’ve got a lot to choose from. Instead of writing a description for every game, I’ll simply post a big list of them, as there are many. Not only are most of these games small, they’re also cheap! However, judge them not by their size, you should. A lot of small games are packed with strategic depth, and are great for casual gamers and serious tabletop enthusiasts alike. Without further ado, here they are!

The bolded titles are among the more popular/higher rated.

Living Card Games and Collectible Card Games follow a different release model, but they’re both perfect for stuffing stockings. The catch here is that you’ll need to know if the person you’re gifting to actually plays these games. If they do, buying an expansion deck or a few booster packs will be a well-appreciated gift. We’ll focus more on Living Card Games here. While both genres are a hobby unto themselves, Living Card Games fall closer in line with the rest of the modern board gaming world. Here is a list of LCG/CCG products you can shop through if you know anyone who plays these games! LCGs have lots of expansions that take the forms of singular decks, that usually retail for $8-$15. Each of these links will take you to a list of many products relating to the respective game.

A Game of Thrones: Second Edition

The Lord of the Rings: The Card Game

There are varying degrees of miniatures games, and it would be impossible to cover them all here. For this list, we’ll be focusing on the more mainstream titles that have overlap with board game mechanics instead of being entire hobbies unto themselves (such as Warhammer: 40k). This is a particularly good time to purchase for Star Wars fans, as Fantasy Flight has three excellent Star Wars minis games out right now that are all fairly popular. Most of the minis in the lists below will run you $10-$20 dollars, though there is plenty of variety to be found outside of those parameters.

So there you have it. Think I missed anything? There are so many small games, card games, and minis out there that it would be nearly impossible to list all of them, so let’s hear your thoughts! Let us know in the comments what you like to do for board game stocking stuffers. 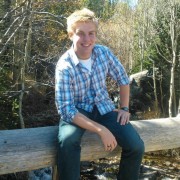